As per a JP Morgan strategist, investors can expect best returns from Asian Stocks from the first half of 2019 as negative sentiments are expected to subside.

At the end of 2018, investors were worried about a lot many things that had the potential to pressure stocks. Those factors include a potential recession in the U.S., slowing growth in China and the tariff fight between the world’s two largest economies. These fears also led to a sell-off in global markets, with stocks in Greater China, Japan, and South Korea among the biggest losers in Asia.


Das said many of those events that investors feared could happen this year have not turned out to be as bad as expected.

“At we get more clarity on the U.S.-China trade deal, China’s growth bottoming out at some time in [the first] half, and the U.S. economy averting a recession in 2019 — all these things essentially will reinforce that risks are coming down, and that’s why equities are going to be going higher in the first half,” he added.

The strategist at JP Morgan also added that he prefers “value stocks” — those trading a price below where investors think it should be — in the first half of this year. He also favors shares in China, Singapore, and the Philippines.


But growth in the Asian companies could weaken in the second half of 2019, partly due to disruptions on the trade front, which has started to hit economic activity worldwide, said Das.

As there is not much news which could lift local stock prices beyond the first six months of the year, the strategist added that “growth stocks” — firms are seen to have a lot of potentials to expand — would be his preferred picks. As per the strategist, the current environment has the potential to make growth stocks “the best performers over the course of 2019.” 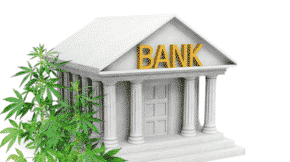 CBD Market to Strike $20 Billion By 2024; Banking Still remains a Struggle for Businesses