The third-quarter GDP annualized at -3.0% in variation to the predicted -0.8%. The decline in exports, CAPEX, and consumption has hurt them badly. As of now, the Q4 projections are brighter, but the growth is still predicted to be slow. The consumer sentiment is sluggish and presents a risk to the global economic outlook.

The supply disruption has adversely affected the exports business, according to Reuters, Tokyo. Hopes are being pinned on the covid pandemic ebbing soon so that the third-largest economy rebounds in the fourth quarter. With the virus curbs in movement, the production and supply bottlenecks are wreaking havoc in the export-oriented Japanese economy.

According to Takeshi Minami, Chief Economist at Norinchukin Research Institute, the car industry and capital spending has been hit hard, and consumption has yet to see a perceivable increase despite Covid -19 curbs being eased since September. After the 1.5 % gain in the first quarter, this 3.0% contraction in July-September is a matter of concern.

This is much opposed to markets like the USA, where the markets rose by 2.0 % in the third quarter due to the backlog demand sentiment being on the rise. In China, too, retail sales have been on the ascendant despite curbs and shortages.

According to some analysts, Japan might be in this situation due to its dependency on the auto industry, making it vulnerable to supply issues more than other countries. The Principal Economist at Mitsubishi UFJ Research and Consulting, Shinichiro Kobayashi, surmised that automakers attribute to a large part of Japan’s manufacturing sector; hence the supply disruption has directly affected many subcontractors.

The Japanese Prime Minister Fumio Kishida has taken corrective measures, and there are plans afoot to compile a large-scale economic stimulus package. Though worth several tens of trillion yen, this package has not convinced economists about bringing a significant impact anytime soon. Norinchukin’s Minami was reported saying that this package is a mixed bag of short-term and long-term growth measures, and many impacts might not be seen in the fourth quarter.

According to Takahide Kiuchi, former Bank of Japan board member, now serving as chief economist at Nomura Research Institute, the real GDP will not come back to pre-pandemic levels until the second half of 2023. Just a moderate growth of 1%-2% is expected that to take into account the stimulus package. 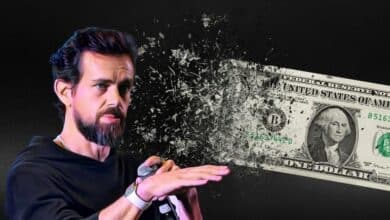